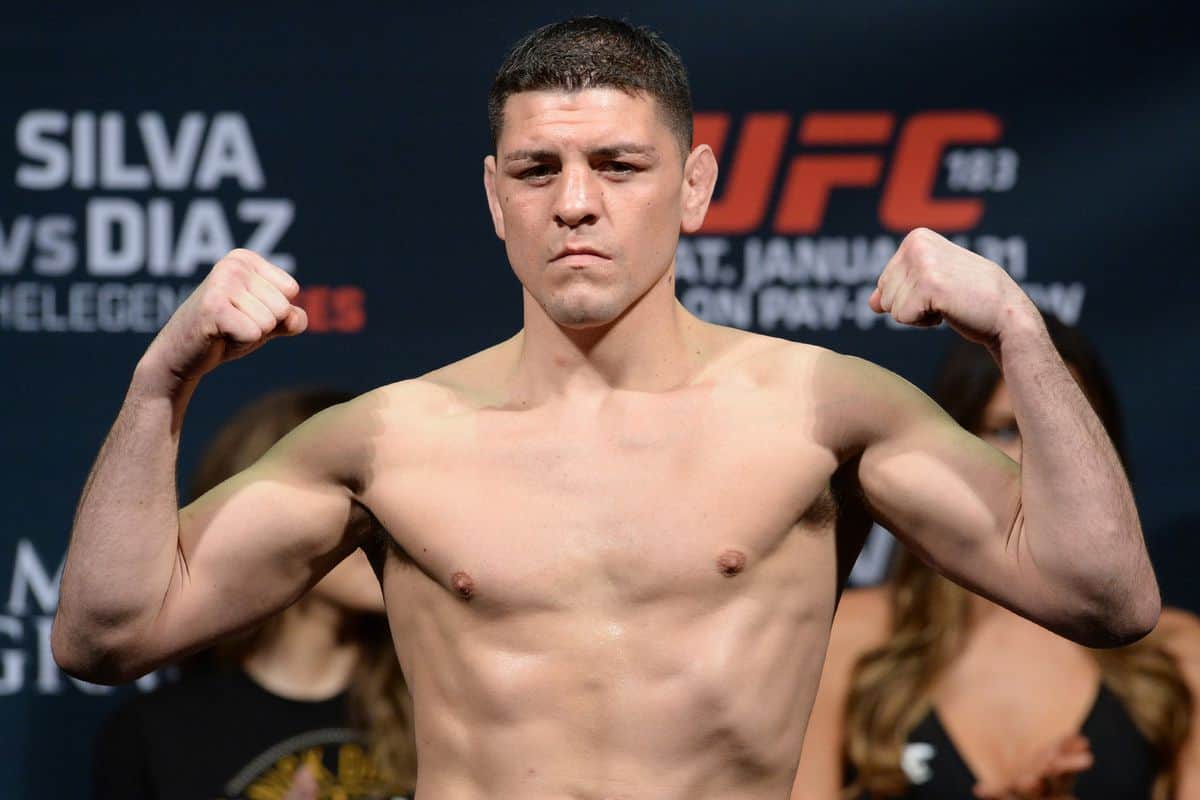 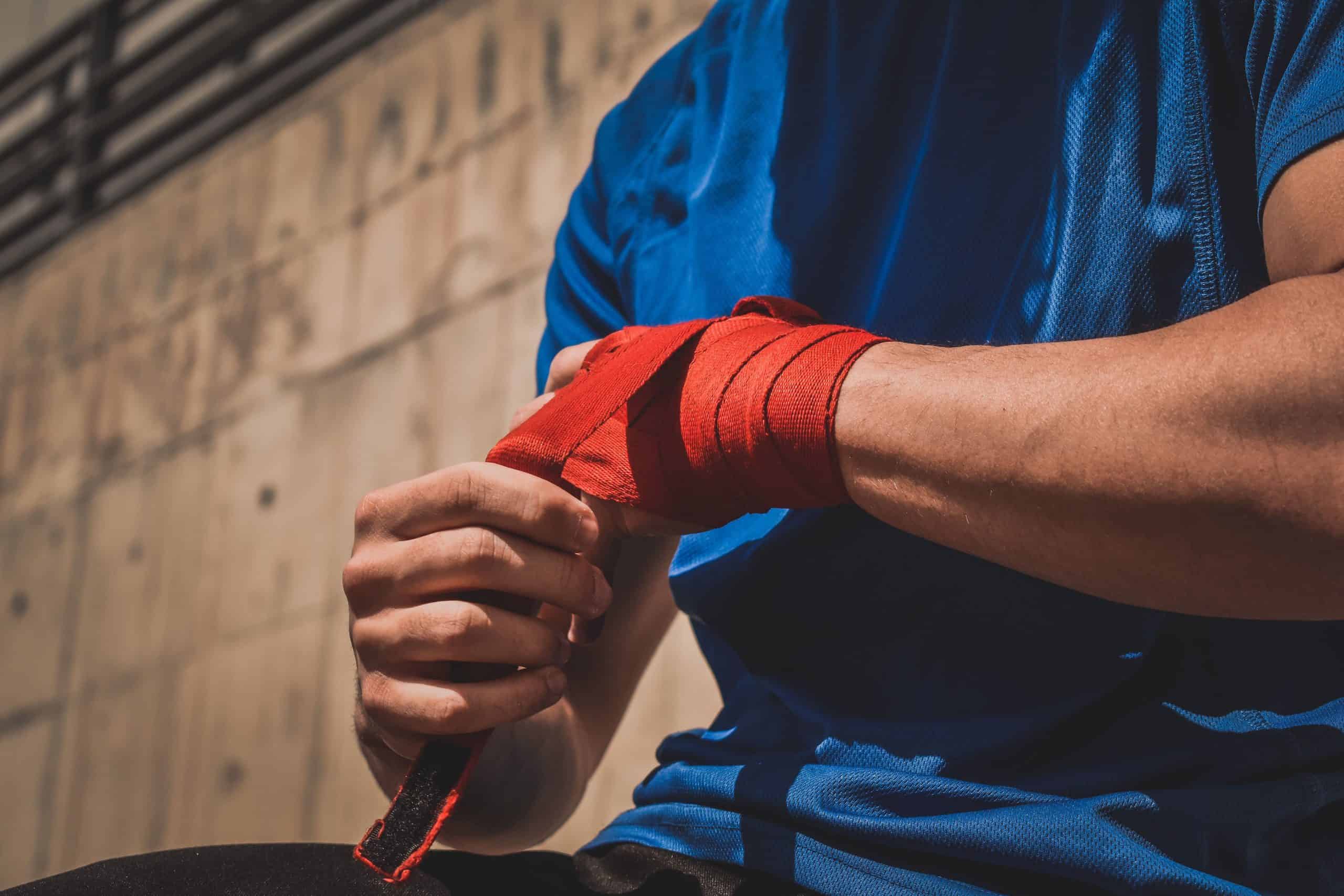 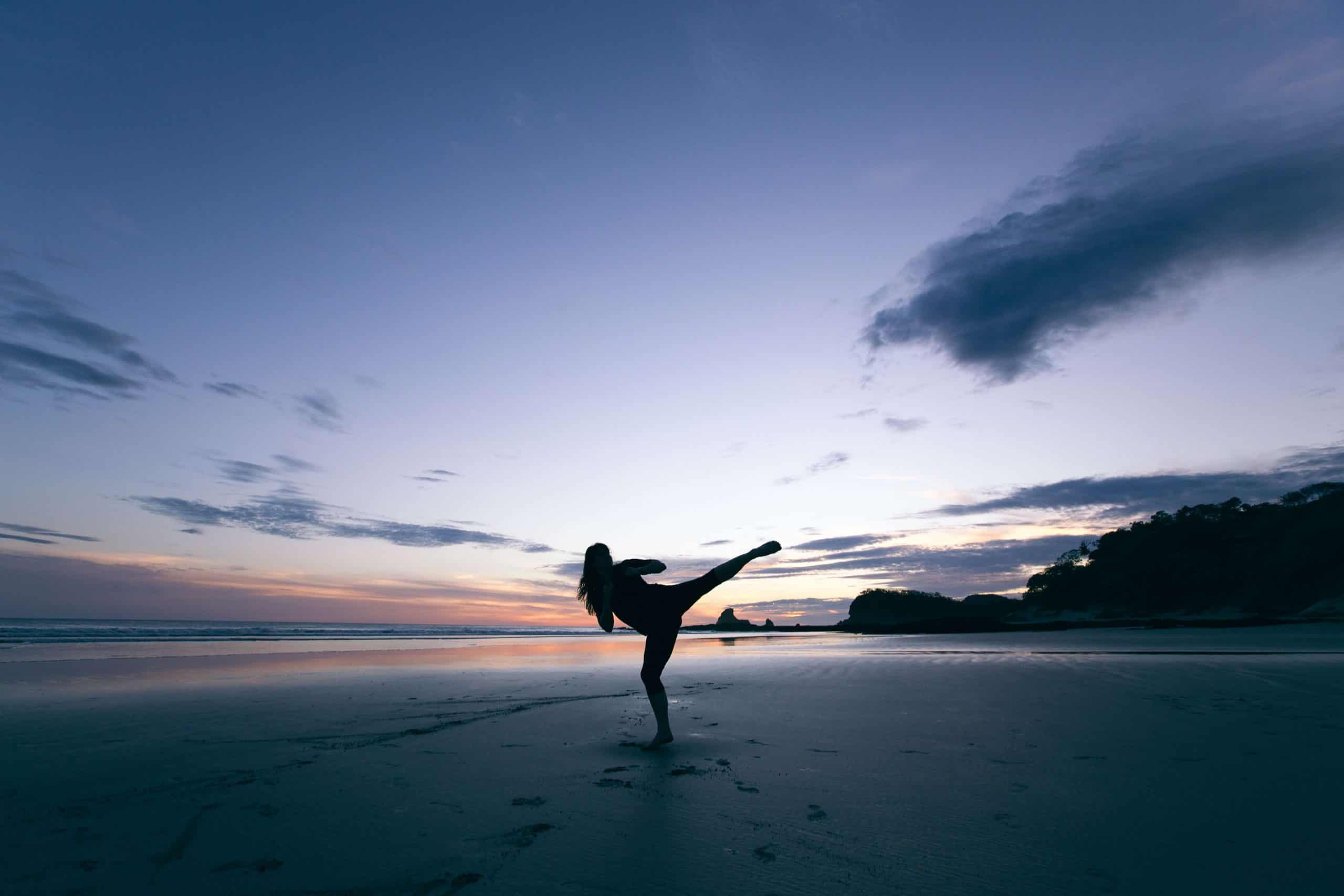 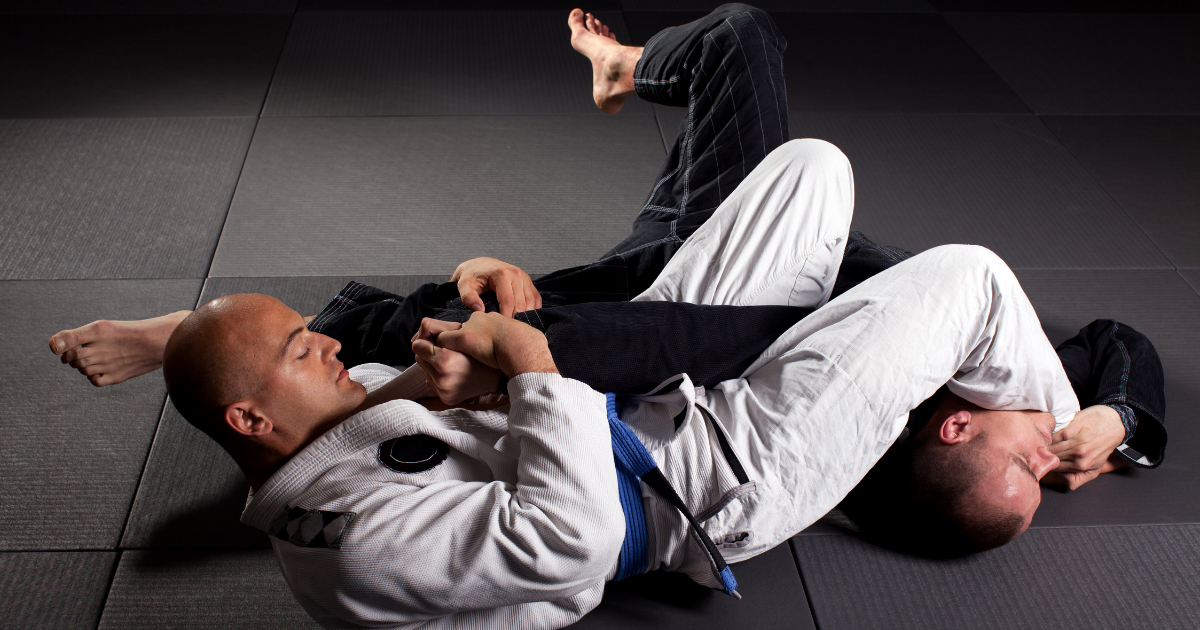 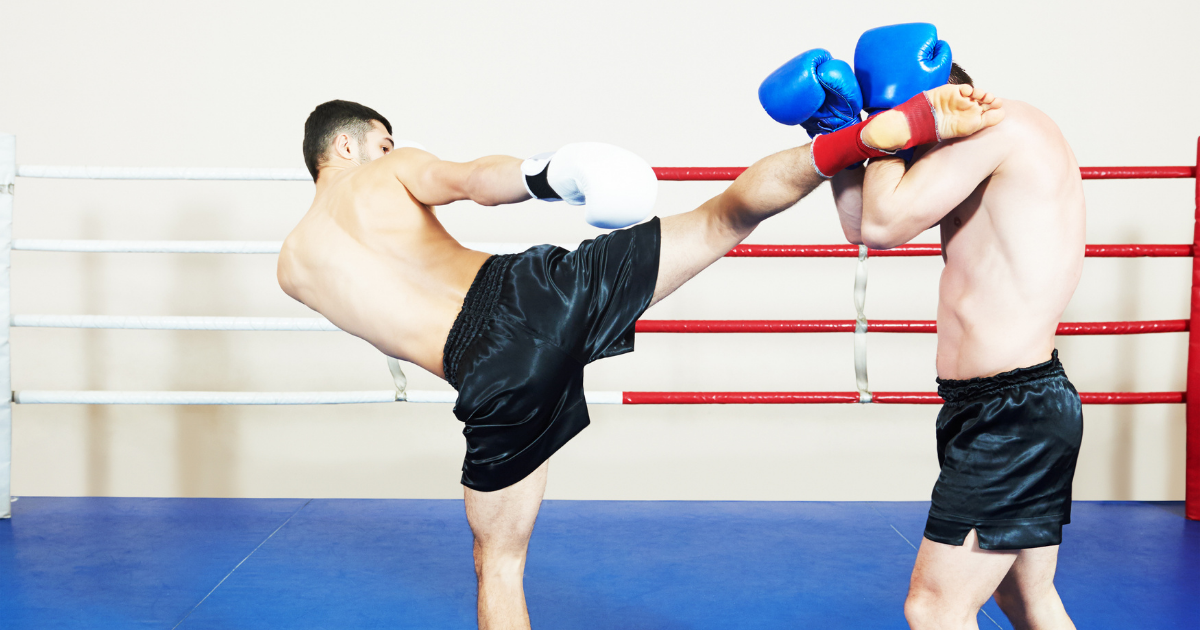 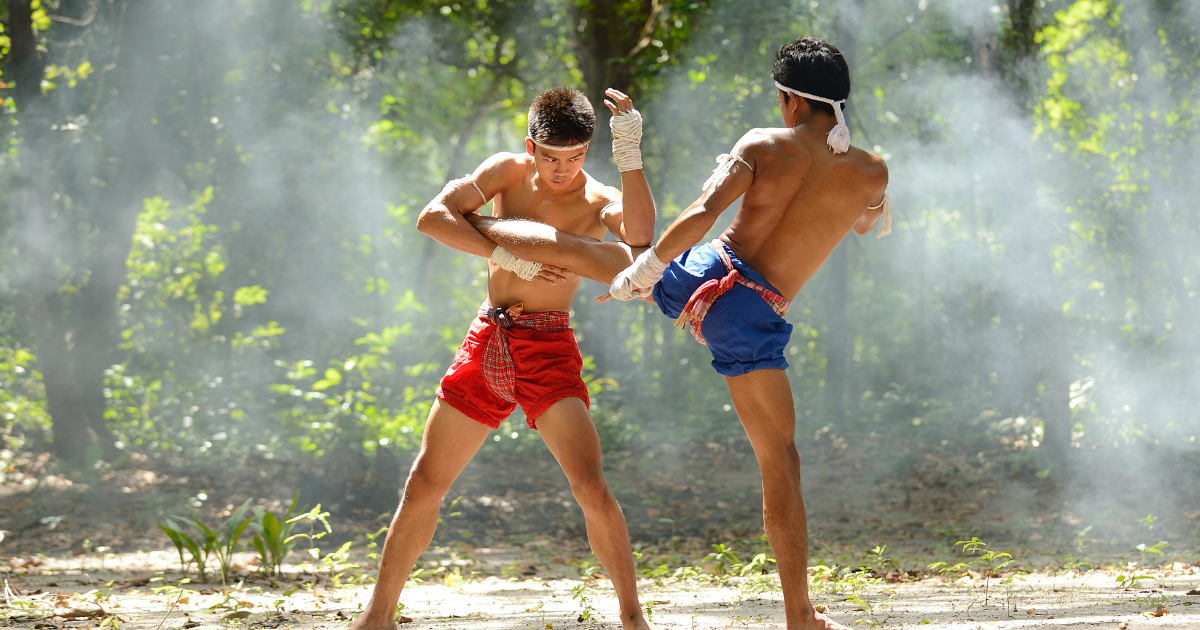 WHAT IS MUAY THAI

It is the national sport of Thailand. Thailand is known for its martial arts and combat sports training. People from around the world come to Thailand to train for Muay Thai. It also holds great cultural importance as it was developed several centuries ago as a martial art form of close-combat nature. It uses all the body parts in unison as a weapon. 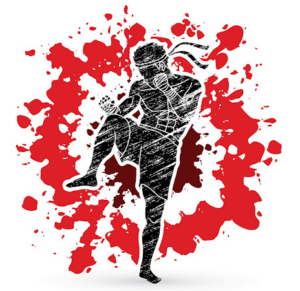 HISTORY AND ORIGIN OF MUAY THAI

The genesis of Muay Thai is believed to have dated back to the fourteenth century.
Majority of the chronicled Muay Thai history was lost when the Ayudhaya temples were invaded and looted by the Burmese and the literature and documentation held there was either stolen or destroyed. The remaining volumes are now Thailand’s national treasures that are rightfully preserved and protected as representation of rich Thai culture and heritage.

THE ESSENCE OF MUAY THAI

It is often referred to as

“The Art of Eight Limbs”

; as it uses eight points of contact in the body and practitioner is trained to become a formidable fight master. The fighter or the practitioner uses stand-up strike along with various other clinching techniques with the combined and harmonious use of fists, elbows, knees and shins.

The hands are used as sword and dagger; the shins and forearms are trained hard to act as armor against the opponent’s  blows, and the elbow mimics a heavy mace or hammer with the legs and knees acting as axe and staff. Thus, the whole body operates together as one unit. MMA fighters are traditionally called nak muay or

depending on their country of origin.

With globalization and heavy tourist influx in Thailand, Muay Thai gained international popularity in the late-20th to 21st century, when fighters from Thailand began competing heavily in kickboxing and other combat sports. Some famous Muay Thai boxers are

During World War II, after formally being introduced to Muay Thai, it was nicknamed

, as Thailand was formerly called Siam. Siam became a boiling pot for combat sports as it was in a constant state of war.

The traditional attire for Muay Thai includes the mongkhon, or mongkol which is worn as a headband and pra jiad which is worn as armbands . Traditionally these were made from pieces of a loved one’s clothing and were symbolically worn for good luck and warding off the evil eye. Now, gloves similar to those used in boxing matches are worn along with  groin protectors made from hard materials.

As it continued to become more and more popular internationally, the rules began to transform so that the sport could be conducted in a much more organized manner like other established sports such as boxing. In the 1920’s, rings were introduced to replace open courtyards, which ultimately planted the roots of modern Muay Thai.

The professional league is governed by The

The well deserved Olympic representation of the sport started in 1992 in Barcelona. It achieved full Olympic recognition in Tokyo,2021. 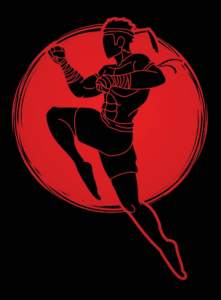 Muay Thai is a refined form of combat fighting with

as its root principle. Attrition means reducing an opponent’s physical capacity to fight.

Almost all techniques in Muay Thai or Thai boxing use movement of the entire body with hip rotation in every kick, blow, punch or block.

Elbows are used to a great effect as blocks or defences against, for example, spring knees,

, body kicks or punches. When done well, an elbow strike can cause serious damage to the opponent, including cuts or even a stellar knockout.

to control distance with the opponent or block forthcoming attacks. Foot-thrusts are thrown quickly for technical leverage with robust force to knock an opponent off balance.

Clinch and neck wrestling ( Chap kho ) is a signature technique of Muay Thai. It is implemented as both, offensive and defensive tactic where small amounts of stand-up grappling moves are used in the clinch. A technically correct clinch forbids use of fingers in intertwined motion to avoid injury.  Fighter uses his forearms to  press against the opponent’s collar bone with the hands placed around the opponent’s head rather than his neck. The various variants of clinch are arm clinch, side clinch, low clinch and the swan-neck.

Blocking is one of the most critical and pivotal elements in Muay Thai and showcases the skill set level and conditioning of a successful and a seasoned fighter. This is achieved through hand- eye coordination which leads to impeccable timing and monk-like dedication in training where so many repetitions are done till the defense becomes almost reflex- like. 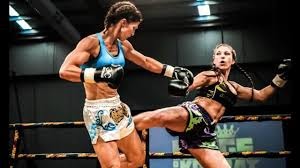 Shin bone is used as a weapon of choice and fighters repeatedly hit a dense heavy bag with their shins to condition it, harden it and remodelling the bone structure in the process.

Fighters train hard and long to achieve the perfect boxer’s stance and  fast paced footwork to match with it. Fast cat- like reflexes are the unsung heroes of Muay Thai and all other combat sports.

We are all born with ” hard-wired” reflexes. Most of them are located in the spinal cord and some are controlled by motor areas of the brain.

Reflexes work to protect and safeguard the body from injuries. They integrate with age to form a strong foundation for other physical activities , such as standing, running, cycling and boxing too.

Some people are blessed and are born with faster reflexes. Electrical impulses actually travel faster through their nerves as compared to others. But, we can all speed up nerve conduction velocity through practice and repetition. By repetition, we store them in our brain as engrams and can make certain movements almost automatic.

The jabs, hooks, uppercuts, overhand, clinches, punches and all the other techniques in boxing and other combat sports can be fine tuned, fastened and mastered to knock over any competition.

A good hand- eye coordination trains your mind at a sub- conscious level to counter any unexpected blows in the ring. It enables fighters to tune out every distraction, keep their head clear and have a quick reaction time to every strike.

DIFFERENCE BETWEEN MUAY THAI AND KICKBOXING

Popular opinion is that Muay Thai and kickboxing are the same, but in reality, they are quite different in many aspects including fighting styles and the techniques used.

Muay Thai or Thai boxing fighters are trained to be patient until a chance to strike the opponent presents itself. Mostly, such openings will come following an opponent’s strike making counterattacks a significant part of Muay Thai. However, there is very little head movement, circling and weaving as seen in kickboxing.

Kick boxing is more active and relies on more strikes or  attacks. There is a pronounced use of angles and footwork to set up attacks instead of relying on well-coordinated and aggressive forward motion and counter-attacks as seen in Muay Thai.

Over the years, Muay Thai has been embraced by all age groups, not only as a self-defense martial art but also for physical fitness and recreation.

There are numerous health benefits of Muay Thai-

On the flip side, Muay Thai is a dangerous combat sport which can pose certain health risks like bruises, sprains, lacerations, concussions and fractures.

The risks are minimised with proper training, correct techniques and quality protective gear.

A consultation with your physician before starting training for Muay Thai is highly recommended.